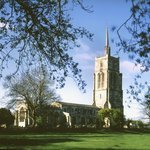 Ashwell United Reformed Church Meets every Sunday morning at 10.45am with occasional afternoon services Ashwell URC is one of eight churches within the North Herts Group of URCs, currently supported by one ordained Minister. Protestant ‘dissenters’ first met in a room in a private house in Ashwell... more 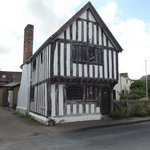 The Ashwell Village museum was founded in 1930 but its origins stretch back to the 1920’s when several pupils of the Ashwell Merchant Taylors School had their interest in the past encouraged by the headmaster and stimulated by the chance discovery of some domestic bygones. These relics – some... more 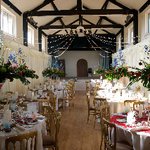 The facilities at Ashwell Village Hall are ideal for weddings, parties, celebrations, theatrical performances, music recitals and club meetings. There is ample off-street parking, stages, tables, chairs, kitchen facilities and china and cutlery - all available to hire. Find out more on the ... more 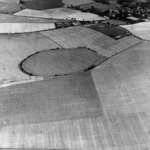 Arbury Banks Beacons of the Past is a 3.5 year project partly funded by the National Lottery Heritage Fund, investigating, conserving, and helping people to explore the Hillforts and other prehistoric archaeology of the Chilterns AONB. It is hosted by the Chilterns Conservation Board, and began... more 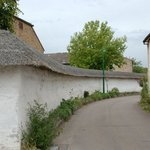 The Clunch Wall is designated as a Grade 2 listed building. It’s located on the West side of Gardiners Lane. It is approximately 80 metres long, and about 3 metres high. canted on plan, returning for 6 metres on the South end. The plinth is mostly 19th Century white brick. The main body is white... more

The Lock Up Gaol 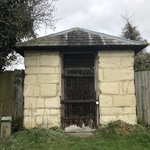 The lock up is one of four remaining in Hertfordshire. It was built in 1800 using materials gained from the demolition of a chapel in the North East corner of the chancel of St Mary’s Church Ashwell. It is a small square building with a slate pyramid roof, and with its original studded plank door... more 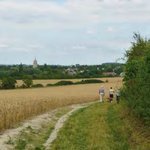 Footpaths The paths and byways of Ashwell offer many opportunities to relax while exploring the landscape and history of the Parish. Books describing Ashwell walks are available from local retail outlets. Remember that other people hope to enjoy the footpaths and wildlife. Please clean up after... more 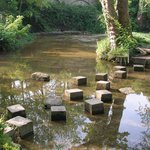 Ashwell Springs is a 0.3 hectare biological Site of Special Scientific Interest. The site consists of a series of freshwater springs, which form a source for the River Cam. Due to the low temperatures of the spring pools, they provide a habitat for cold water, invertebrate animals, some of which... more